Curated by Sid Sachs, Chief Curator and Director of Exhibitions at University of the Arts
&
Jennie Hirsch, Assistant Curator and Professor of Modern and Contemporary Art at MICA

Invisible City: Philadelphia and the Vernacular Avant-garde highlighted Philadelphia’s significant contributions to visual, literary, and musical culture between 1956 and 1976. An interdisciplinary exploration that was centered at University of the Arts, Invisible City featured key works by the period’s major architects, photographers, sculptors, designers, painters and conceptual artists.

Finding the balance between the polarities, the serious undertones, and a playful spirit.

Influenced by decades of experience as a nurse and psychotherapist, self-taught artist Linda Lou Horn highlights the potential of the old, the broken, and the damaged. Horn pairs expressive faces with her found object sculptures to explore universal themes of pain, fear, joy and humor. When positioned together, Horn’s cast reveals a complex and curious connection with each other and the viewer.

Made In Philadelphia: Movers + Shakers
A Profile of Philadelphia · The Work of Photojournalist Neil Benson, 1970-1980

August 6, 2015 through November 15, 2016
Made In Philadelphia Gallery
Philadelphia History Museum at
The Atwater Kent

Art Inspirations features independent, National and International Artists. This unique Gallery brings different styles and levels of art together under one roof, located in the Bargain Book Warehouse on City line Ave in Bala Cynwyd. Please join us for a great event filled with Books, Art, and Entertainment!!! You can see videos of the Artist on the Bargain Book Warehouse Facebook Page.

Bargain Book Warehouse Statement: “This is the first time that Bargain Book Warehouse has done an Art show of this nature. The District Manager Stina Forsell and Angela Walls are very excited about the talented array of artists that the Art Curator, Eva Preston, is showcasing in the store.”

Fiber Next Exhibit at the Delaware Art Museum

Who Do You Love? at Open City Healing Arts Center

Posted on February 1, 2014 by Common Consensus

The Exhibition included the work of Susan Moloney and Leo Sewell 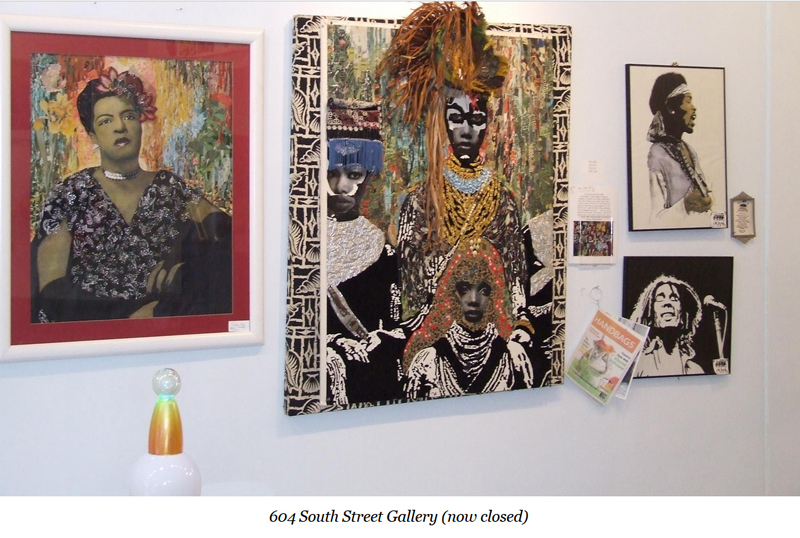 Female Mask of The nature of lady’s

Female Mask of Women working together

Female Mask of a Sun Goddess


Discover A Dozen Or More Out of the Blue Show at Projects Gallery
September 30 – November 19, 2011

Posted on September 30, 2011 by Common Consensus

Show runs till June, and includes art from a number of Dumpster Diver artists. No one under the age of eighteen will be permitted in the gallery during the Erotica Show.

Lighten Up! Show at the Riverfront Renaissance Center for the Arts

The Garbage Museum’s mission is to get people to think before they throw something in the trash because there are so many other things they can do with it, and to encourage them to make less garbage in the first place.